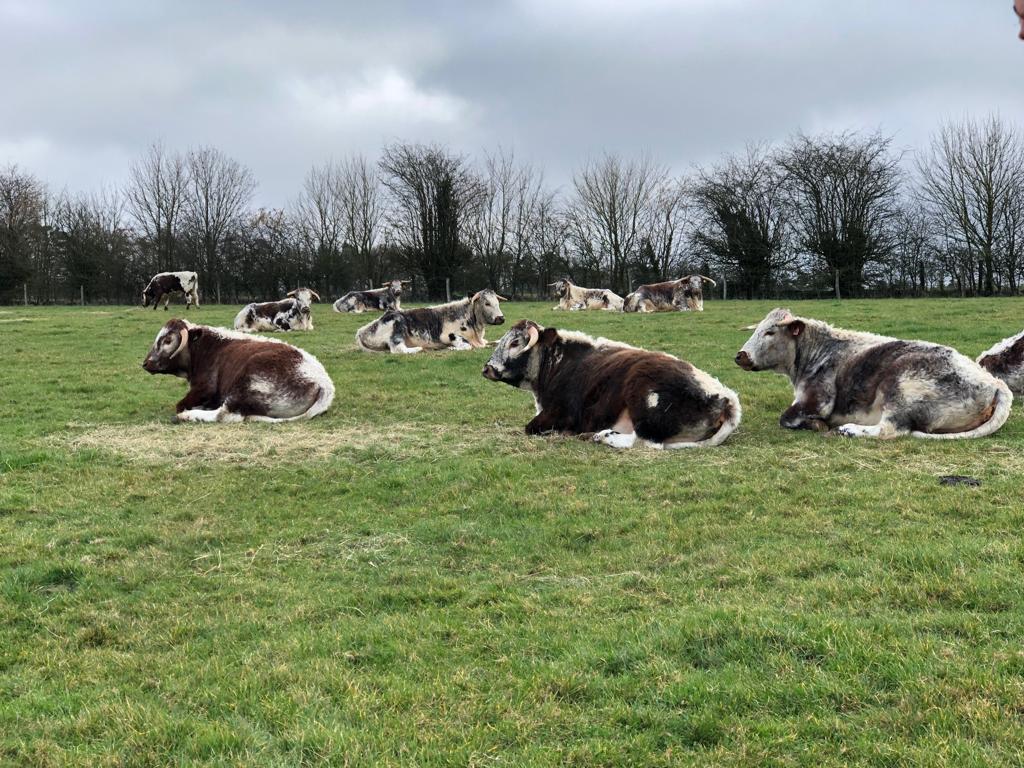 They had never asked before and so I never thought to tell them, other than that I liked to choose the best quality meat we could afford. I am not even sure where the sudden intrigue in where the meat we ate as a family came from but I am sure it has something to do with these two children of ours becoming young adults with their own minds and now the chance to make their own decisions. Wherever it came from it needed to be answered. They wanted to know where their meat came from so I thought I would not just tell them but also show them. In the process I learnt a lot myself and even though I have been studying and/or working in the world of nutrition for 16 years I was surprised by what I found out.

Let me start by asking you this? When you buy meat from the supermarket do you think about what the animal that the meat came from ate? Did it eat grass? Did it eat grain? I am sure you have heard the phrase:

“you are what you eat, eats”

This phrase covers so much of what we put into our bodies, including naturally fermented foods too of course but that’s for another day. Where meat is concerned it’s a very relevant question. Perhaps naively, I had always thought that buying organic meat was the best policy. It’s not always within our budget to buy the best cuts organic but the fact is that a whole organic chicken goes a long way, organic brisket and stewing beef also feed the family and they love their beef! But organic doesn’t necessarily mean the beef has been fed on grass as one might expect. It actually doesn’t mean the healthiest choice.

Recently I took my son, a naturopathic chef friend of mine called Jo from Time To Nourish and her son, to see a Pasture For Life farm (of which there are just over 70 in the UK) in Nettlebed, just outside Henley on Thames, UK. The farm is called ENGLISH FARM

The farmer at English Farm is Silas and he took us on a tour of the farm and explained to the children and ourselves how his Longhorn cows are farmed and how this differs from other farms. One of his opening statements was:

“I farm carbon and sunlight”

What he means of course is that 100% pasture raised cattle such as his require the optimal land to graze on, whether that’s grass, covering herbs, flowers, clover and even berries. Silas calls this the “salad bar approach” to eating which aptly describes what these animals have on offer to them. His role is to ensure the cows get a varied, natural diet and that this is sustainable. The fields were full of lush grass which is a result of the way Silas farms, grazing cattle in a defined area then giving that area a rest for all the trampled grass and muck that created organic matter there to build more soil. You also won’t see any grain – corn or soy – on this farm either. Really, what you see is what you get. You can start to see how we are what we eat eats is a truer statement than one might have initially believed. 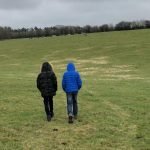 So the boys wanted to know why this beef was better than other beef they may have eaten, even though that other beef had an organic label on (“which mum had always said meant it was healthier”). Silas explained that meat can be named “grass-fed” even though it is fed on grass for 51% of the time. It can be called “pasture-raised” if it is fed on grass for 70% of the time. What that leaves is the question of what they are fed the rest of the time? The rest of the feed is most often grain, including corn and soy. These grains are used for fattening cattle up quickly. Of course that makes business sense but does it make health sense?

Grass fed beef is leaner than grain fed and yet has higher levels of omega 3. Studies show that this good fat, also known as an essential fat because our body doesn’t make it so we have to eat or supplement it, is found in higher levels in people who consume grass-fed meat versus grain fed. Other studies show that fully grass fed animals also contain considerably more vitamins and minerals such as beta-carotene and vitamin E. These are passed on to the person consuming the meat. Furthermore, we know that plants produce powerful antioxidants to protect themselves from disease. The cows consume these antioxidants when they eat the plants so when we humans eat their beef we also benefit.

There’s still the question of whether animal farming is bad for the environment. This was a point raised by one of my daughters friends. It’s a great question. The answer is that rearing animals entirely on pasture rather than a mixture of grass and grain is actually much better for the environment. That’s because no fertilisers nor pesticides need to be used in this organic and holistic farming practice. Fertilisers and pesticides add nitrates to the environment which means increased carbon emissions. Furthermore where cattle are fed grain the grain has to have been produced somewhere which means more farming and more emissions both in the production but also the transportation of the grain. 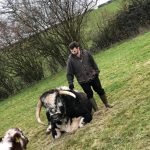 Silas was keen to point out that his way of farming actually increases the fertility of the soil. He uses a system called “mob grazing” which is designed to maximise the fertility of the soil and constantly improve the nutrients available to the cattle eating the grass. This also contributes to a lowering of carbon emissions. In fact a British experiment comparing the sustainability of food from grassland and from cultivated crops over a 30-year period showed that soils under pasture retained higher levels of carbon in the ground and more organic matter compared to intensively cropped soil.

So if you want to make healthier meat choices for you and for the environment then it makes sense to look for the official certification mark from the Pasture for Life Association, which only applies to produce sourced from animals reared on a wholly pasture fed diet on certified farms.

As for us, we came home with some delicious beef and made the most incredible pressure cooked beef brisket with delicious gravy, mashed, buttered swede, Brussels sprouts and roasted cauliflower. The fact that these cows munch not only on the greenest, lushest grass but also clover, herbs and bark means the meat has a wonderfully rich flavour. We all loved it! We will be going to the farmers market again this weekend to stock up on beef which we will then consume over the next month before restocking at the next farmers market. Like most people, we are increasingly aware of our footprint on this earth and want to make better decisions for our health and the health of the environment. Buying meat that is raised well but also eating several non-meat meals per week seems to be a good balance to us.