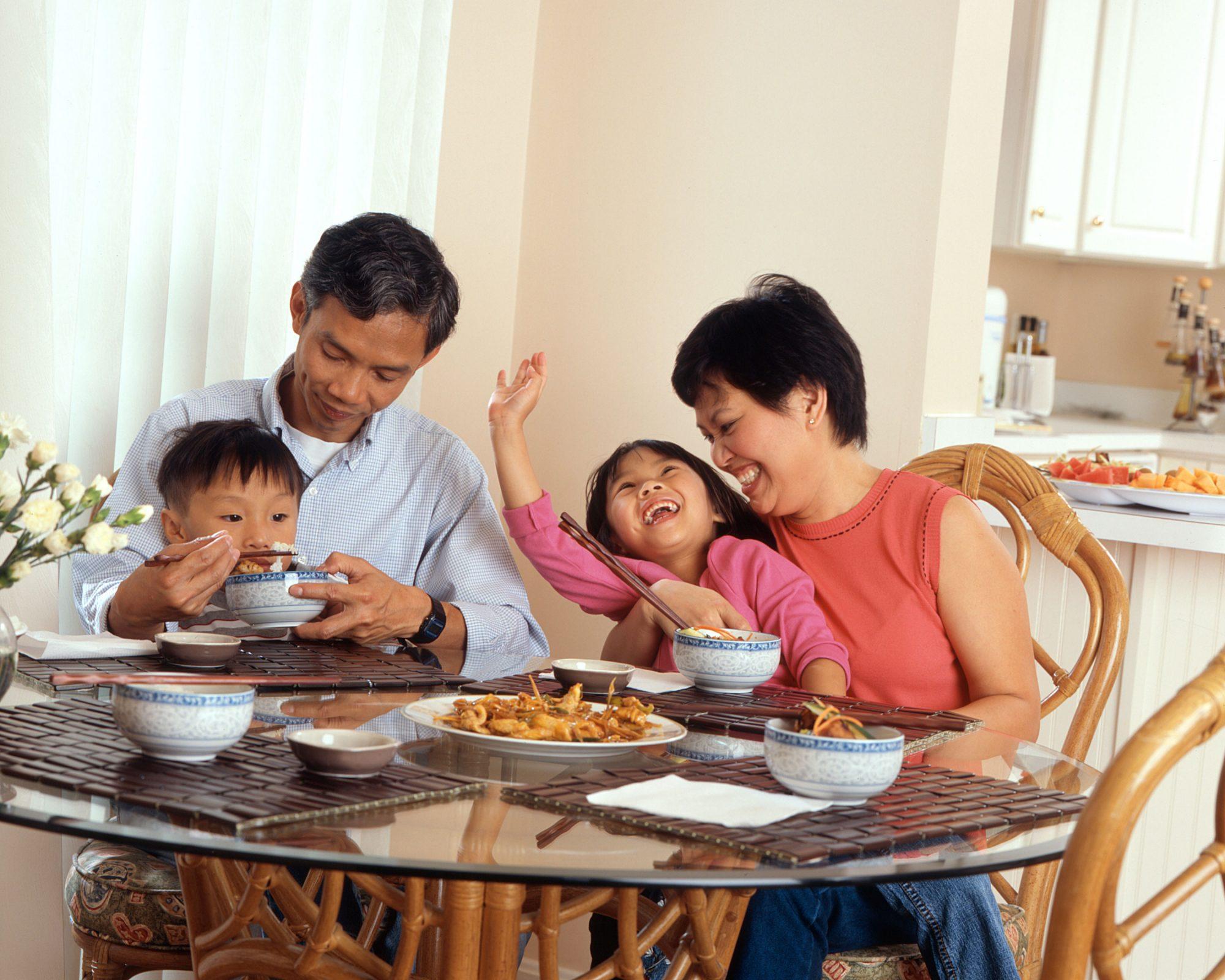 You may well have heard of the phrase “the family that eats together stays together” but have you heard that eating together as a family can improve school test results, widen your child’s vocabulary and even reduce the chances of your child becoming addicted to drugs and alcohol as well as reduce their propensity to suffering from depression? Whilst I very much subscribe to the idea that eating together as a family has benefits I was surprised to read just how many potential benefits once I became sufficiently intrigued to investigate this subject further. I can’t remember the point at which we all started to eat together as the norm. Like many, I believe, I got into a rather structured programme of feeding my first born earlier than us adults when she was first weaned. This seemed to work swimmingly mostly due to her hunger schedules and my capacity to deal with a child that could only reach the target (her mouth) with 1 in 10 spoonful’s of food. When her brother came along three years later we had a fairly normal routine of the two of them eating earlier than us adult but gradually, as the mess at mealtimes became vastly reduced and more manageable, and I no longer had to worry about the majority of food ending up somewhere other than a gullet, we moved to eating together at every meal. I want to make a decent guess at around 2009/2010 when my children were 5 and 2 years of age. The ‘miracles’ started to happen soon after. As someone who thinks a lot about the variety and nature of the foods entering my children’s bodies I had become a little weary of the monotony associated with the old routine. The same 6 base meals seemed inevitable because I knew they’d enjoy those and they’d get eaten. However, once on the ‘adult table’ I noticed the children started to become more adventurous. Admittedly, we had to reduce some of the spices in some of the meals first and we even pureed some of the sauces to become less chunky (and hide some of the vegetables they were less keen on – notably aubergines (both), mushrooms (daughter), peppers (both), avocado (son)) but sure enough they started to eat more and more like my husband and I. Fast forward to 2017 and they eat what we eat. That’s a statement I didn’t think possible back in 2010 but it’s true and I am proud to say it. What I hadn’t realised is that they may have been learning to speak like we speak (probably better in fact!), and learning a healthy attitude towards family values and healthy living ideals. So this is what I found out when I looked into the benefits of eating together a little further. Note: each point is linked through to more evidence.

The evidence is there. I just hadn’t realised how much more our children might have been gaining from eating together. From my perspective it has certainly broadened their palates. They eat a much greater variety of foods now than ever before and they really look forward to family mealtimes. It’s a chance for us all to download at the end of the day. The added benefits, when reviewed for this post, are really more than just added bonuses. They’re truly remarkable!