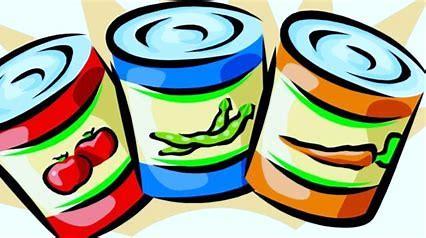 For some time there has been debate over the nutritional value and contribution to a healthy diet from foods that are stored in your freezer or in your cupboards that have been tinned/canned/jarred. With all that the world has thrown at us lately it’s no wonder that many of use are looking for alternative and cheaper options for eating well. Whilst we want to nourish our bodies in order to boost our energy levels and our immune systems many are also working with smaller budgets than previously. More of us are cooking at home and are now well aware that frozen and store-cupboard foods are often a lot cheaper than fresh. So let’s find out more about how these ways of storage affect the nutrient content of the food.

The concept of frozen food was brought into the mainstream and to consumers by Clarence Birdseye (a familiar name) in the early 20th century, who saw how the Inuit people stored their fish. The Inuit’s benefitted from the arctic blasts (akin to today’s flash freezing process) that froze their fresh fish quickly and preserved it until ready to eat. Frozen fruit and vegetables are picked at their peak ripeness and frozen within hours. It is the flash freezing process that means that their flavour and nutrients are locked in. The freezing process doesn’t denigrate the nutrient levels in terms of carbohydrate, fats and protein and by and large micronutrient levels (minerals and vitamins) remain in tact too. In fact in some cases frozen fruit and vegetables have higher vitamin and mineral levels than fresh because fresh produce starts to lose nutrients as soon as it is picked and this process continues throughout transportation and storage. Some vegetables but not fruits will need to be blanched before freezing. These include spinach, green beans, asparagus and broccoli. It is this process that can lead to a greater loss of some water-soluble nutrients in the vegetables e.g. B Vitamins and Vitamin C than their fresh alternative. However, when costs are compared if eating these vegetables from frozen is an option over not eating them the nutrients on offer still make these worthwhile buying and consuming.

This method of preservation has been around even longer than frozen food. It came about in the late 18th century when soldiers going off to war for months or even years on end needed to take with them rations. Tinning and canning of foods also occurs at peak ripeness which gives those nutrients that survive the canning process the best levels they can be. However, during this process water-soluble vitamins, in particular B Vitamins and Vitamin C can be lost, whilst fat-soluble vitamins i.e. Vitamins A, D, E and K are retained. There are however some nutritional benefits offered by the canning process. In some foods the levels of antioxidants may rise as a result, namely during the canning of tomatoes and corn.

This is also a convenient and cost-effective way of eating a range of different vegetables especially during seasons of the year when less seasonal produce is available. One concern is that tins and cans may be lined with a substance called ‘BPA’ which is used to reduce corrosion. This has been linked to heart disease, mild oestrogenic effects and type 2 diabetes. The majority of cans/tins these days are NOT lined with BPA however. Even so, if this is something you are worried about it is advised that where possible you rinse the contents of the can – easier to do with chickpeas than tinned/canned tomatoes for example. Another way to avoid BPA is to buy cartons or jars of foods. Similarly these have been preserved at the peak ripeness. These should be as convenient but may cost you a little more to buy.

Finding ways to stay healthy and save money is a win-win. Frozen and canned/tinned/jarred foods is a way to do both. You can avoid unwanted exposure to the lining of tins/cans by rinsing the contents of the can and interspersing with jars or cartons of the same foods.