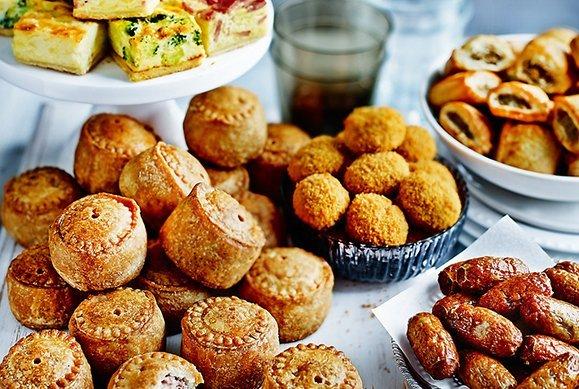 Have you ever been invited to an event with your children where the children are served so called ‘children’s food’ and the adults are served so called ‘adult food’? Even if you haven’t I am sure you have eaten in restaurants where this discrepancy is made. The issue with this is the quality of the food that children are expected to eat versus the quality, freshness and range of the adult food choices.

A recent trip to Hawaii highlighted this more than ever. We were invited to several events there where the two groups were catered for differently. As it happened we were spending some time with a family of a young chap who is both gluten and nut allergic. His parents eyes wandered over the children’s food buffet choices even more keenly than mine for obvious reasons. What we all saw was an abundance of beige. That’s potatoes, fried food, sandwiches with cheese or ham filling, corn dogs (a battered hot dog as far as I could work out) and sausages. Of course there’s not a lot of nutrition in any of this food. It’s mostly highly processed and contains huge amounts of salt, especially in relation to the size of small bodies.

The question is why do children need separate food from the adults? Is it a cost thing? Is it that people think children will eat only this kind of beige food? This later assumption must surely come from well targeted marketing campaigns that seem to suggest that children thrive on frozen, processed junk food? It’s simply not true and really not a healthy assumption to be making.

Sure, I understand that children have simpler tastes than adults. That’s not to say we need to dumb down their food choices though. They might not go for the salad nicoise but that doesn’t mean they don’t enjoy tomatoes, new potatoes, tuna fish and black olives. They might not choose the smoked salmon and cream cheese terrine but they might still like some fresh cooked salmon fillets in a butter sauce and some rice with vegetables. We really don’t need to and we really shouldn’t be dumbing down children’s food. In fact I would go so far as suggesting that children’s food doesn’t need to be a thing. Just simpler adult food would work. It would also be far more nutritious. What are your thoughts on this?